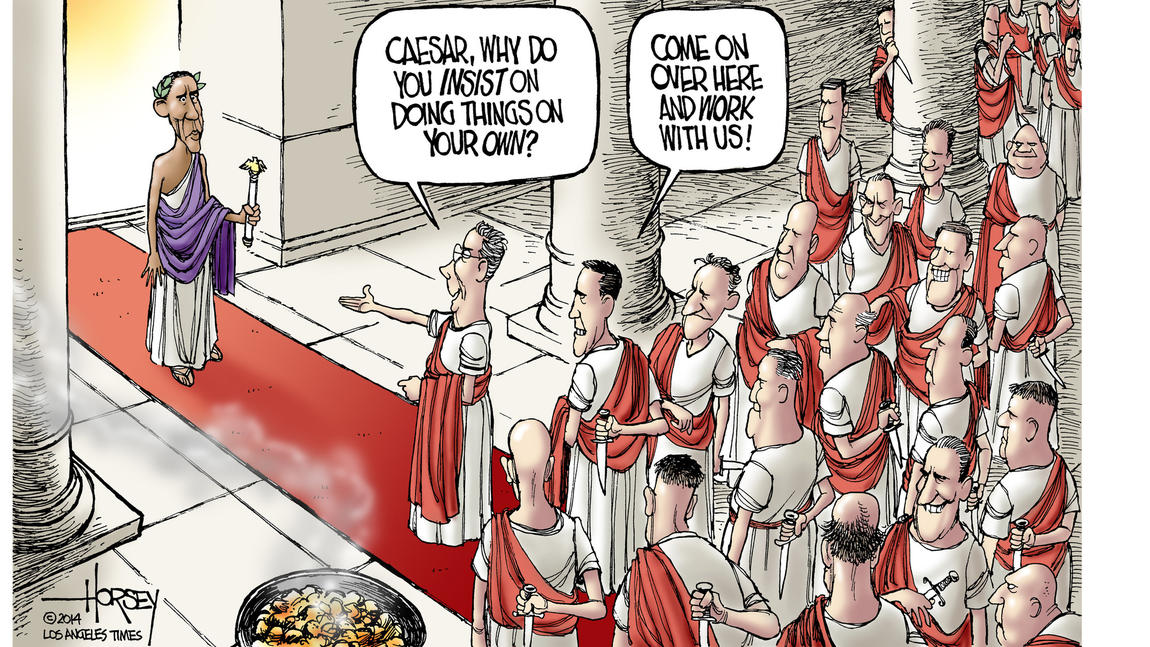 The very-much debated topic of immigration has become a widely-used subject for political cartoons the past few days. One of the better ones that I have seen include the one above by David Horsey, in which he depicts President Obama as the former king, Julius Caesar (whom most, if not all of us, know of his unfortunate ending – murdered, by the hands of his own friends) and the Republicans (as recognized by the men who are wearing bright Republican red worn as a sash). Obama (or Caesar, in the case of this cartoon), continues to push his executive authority when it comes to the topic of immigration, and his ‘friends’, the Republicans, attempt to lure him over by saying they will ‘work’ with him, when it’s obvious that their only intent is to overthrow the ‘king’. Even Obama looks more than suspicious at the friendly behavior of his ‘comrades’ in this cartoon, as he knows well that they have never been on good terms with him. As the coming days progress, we, the general public, will be able to witness how much strain President Obama and the Republicans’ ‘friendship’ will be under because of immigration.

For a more in-depth view of Horsey’s opinion on the topic of immigration, click on his article here: http://www.latimes.com/opinion/topoftheticket/la-na-tt-gop-outrage-at-immigration-20141118-story.html

← Net Neutrality Debate
King of the United States of America, Defender of Immigrants →